The Hymen – A Misunderstood Membrane

Throughout the course of history, this small piece of flesh has led to battles and been the cause for beheadings. Oftentimes, it has been misused to define the worth of a woman. Despite all the significance placed on this tiny membrane, the hymen does not have any particular function or role in the female body. It is actually reminiscent of the fetal stages of vaginal development where it acts as a partition between the internal and external parts of the vagina.

Unfortunately, there are still a lot of misconceptions and myths associated with it. So, to help you better understand the hymen, we’ve answered some of the questions that women often have.

Does the hymen cover the whole vaginal opening?

Despite what most people believe, the hymen is not a gatekeeper that protects your virginity by keeping penises out. And if you think about it, you menstruate every month, and this wouldn’t be possible if your hymen blocked your vaginal passage. That could only mean that the hymen surrounds the vaginal opening instead of covering it.

In very rare cases, women are born with imperforate hymens (hymens without openings). This condition occurs only in 1 among 10,000 women, and under such conditions, the women need to undergo a minor surgery to allow menstrual blood and vaginal discharge to pass through.

Can a physical exam reveal the status of your virginity?

Just like vulvas, hymens also come in all shapes and sizes. It can be thick, thin, crescent-shaped, or a ring around the passage. The shape and state of your hymen can also change with age. During the prepubescent age, your hymen tends to be thicker and tougher, and as you mature, your hymen becomes thinner and more elastic. Even hormonal changes during ovulation or pregnancy can alter the state of your hymen.

Do all virgins bleed after they have sex?

Don’t worry, it’s not like an episode from Game of Thrones, sex does not have to come with blood and gore. In fact, a study revealed that only about 43% of women bleed during their first intercourse. Since the hymen is a membranous tissue, it can stretch to create a wider opening without tearing. Even if it does tear, the bleeding is minimal since the tissue contains very few blood vessels.

Then what about the tales of bloodied sheets and virginal princesses? It’s true that the breaking of the hymen can result in bleeding, but that isn’t always the case. Very often, the bleeding isn’t even caused by the breaking of the hymen. You can also bleed due to inadequate lubrication, rushed entry, tense vaginal muscles or vaginal abrasions. Of course, some women may have thicker tissues which may lead to a bit of pain and bleeding during their first penetration, whether it’s during sex or while using their first tampon.

Can your hymen grow back?

Your friends can tease you all they want, but your dry spell will not make your hymen grow back. It isn’t like a rubber band; once the hymen is stretched out, it will not contract or ‘re-grow’. Due to the importance that many cultures place on virginity before marriage, lots of women pay a lot of money to get secret surgeries done that restore hymens. There are also cases where some women aren’t even born with hymens. This happens because 0.03% of the population has vaginas that were more completely formed during birth, meaning it did not leave behind a redundant membrane.

With the growing acceptance and awareness about female sexuality and the hymen, more and more people are coming to see it for what it truly is – a piece of tissue. Hopefully, with this newfound awareness, people will stop connecting women’s worthiness to their virginal status or penalizing them for their lack of hymen. Your virginity is your choice, just make sure that it is a rational and informed one. 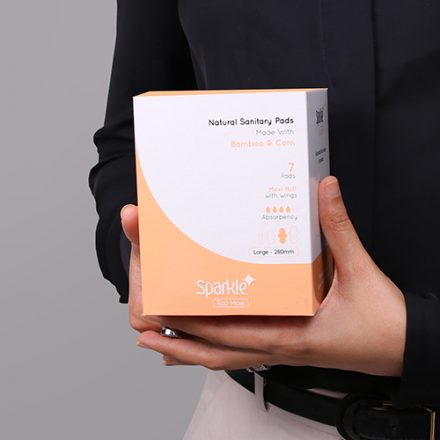