Periods have been traditionally associated with women. Throughout history, both the visual and verbal narrative has always linked the idea of menstruation with femininity and womanhood. This has led people to assume that only women experience periods – that they are a ‘female problem’. But the reality is very different, and there are so many communities that have been excluded from these discussions, and it’s time for us to change that now.

Before we dive into the details, we need to understand this community of gender non-conforming individuals who have been excluded for years from these conversations.

What does it mean to be transgender, non-binary or intersex?

Before you start making assumptions, let’s make one thing clear, these terms don’t mean the same thing and are not necessarily interdependent. Transgender individuals are people whose gender identity is the opposite of their assigned sex, which means that their bodies and sex organs don’t match their gender identities. This, however, is not a reflection of their sexual orientation, which means that trans men and women can also be gay or lesbians.

Non-binary individuals, on the other hand, don’t identify as male or female and fall outside the gender binary. Intersex people are biologically different from the other two categories and have anatomy and biological sex organs that cannot be clearly identified as male or female. This again does not define their gender or sexual orientations, but rather just their physical and biological appearance.

What is gender dysphoria?

You may have heard of ‘euphoria’ which is a blissful state of mind, and ‘dysphoria’ is the exact opposite. Gender dysphoria is a form of psychological and emotional distress that individuals experience when the sex assigned to them at birth differs from the gender that they identify with. While this is not the case with every gender non-conforming person, it is a rather common phenomenon, especially with trans men and women.

Having breasts and a vagina while identifying as male and vice versa for females is disconcerting, especially for a child who is just maturing and growing. The feeling of helplessness and frustration of being at the mercy of biology can cause a lot of anguish, stress and discomfort beyond simple growing pains. While some people learn to deal with it over time, others continue to struggle even during adulthood.

What does this have to do with menstruation?

Well, this has a lot more to do with periods than you would think. Unfortunately, over the years, periods have been linked to women, which means that all the gender non-conforming individuals who don’t fall under the category of ‘female’ feel excluded from period-related discussions and conversations. But, this goes beyond just exclusion because this affects the perception that these individuals have of themselves. Linking periods to womanhood with visuals, messaging and packaging makes men who experience periods feel uncomfortable in their own skin. Not only do people who identify as ‘male’ feel awkward during periods, but people who identify as ‘female’ but don’t experience periods feel less feminine.

The feelings of dysphoria that they normally experience get further aggravated during periods. Can you imagine having to deal with cramps, mood swings and bloating while also struggling with dysphoria? All this makes periods an emotionally and physically draining time for non-conforming individuals, and having to also struggle with being excluded doesn’t help.

How do they deal with it?

Various sex reassignment surgeries can help stop periods permanently, but they are extremely expensive and isn’t accessible to everyone. As an alternative, hormone therapy can also stop periods, but it isn’t guaranteed and isn’t cheap either. So, many trans men have to continue experiencing periods throughout their lifetime – having to wear tighter chest binding to deal with the swelling breasts, finding comfortable pads – all while coping with dysphoria every single month. They also have to struggle with a lot of practical problems like men’s bathrooms that lack private stalls and dustbins, making it difficult for them to safely use period products while outside their homes.

We want to bring this to your notice because we must remember that not all women experience menstruation and that everyone who experiences periods aren’t women.

Periods aren’t exclusive for cis women; they are simply a biological process that people undergo on a monthly basis. So, let’s change the way we view periods and make period products more inclusive. This will allow for an open discussion where everyone feels comfortable to discuss their periods and menstruation related problems without feeling ashamed or embarrassed.

Let’s make periods more about biology and less about gender. Shall we?

Go The Extra Mile With Sparkle 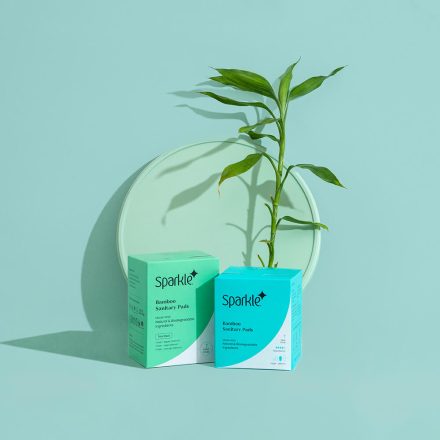